The urge toward mysticism – the urge to experience a dimension beyond the material world, to know and return to a spiritual Essence or Truth – is inherent within every person, irrespective of his or her religion. Individuals are imbued with this tendency to differing degrees. Some are endowed with it in quantity; others, only in a small amount. Some people have a chance to develop and translate it into their daily lives, while others do not. Nonetheless, this tendency is present in every human being. Sufism (or tasawwuf) is but a natural response to this very ancient human urge.

What exactly is Sufism? If Sufism is defined as mysticism or the way of the mystic, then its message addresses all people, not just the followers of one religion. Every faith has its own Sufism. In every nation and community there have been Sufis, although they have taken different names and adopted varying practices.

The human being comprises not only a body of flesh, but another aspect, commonly referred to as “I” or “the self (described in Sufi terms as nafs). Mystical experience activates the “I.” Like an electrical current, it runs through an individual, bringing forth untapped potentials. With the activation of self comes a certain degree of consciousness and insight. A person starts to sense that his or her “I” reflects another “I” – the “I” of a Supreme Being. He or she becomes conscious of God acting in and through creation.

Many people attain this level of awareness at some point in their lives. An encounter, event, or realization opens them to a reality greater than themselves. For most, this level of awakening is enough. But others desire something more: to contact God, to see the Divine, to experience Truth. Being a mere part is insufficient; they long to annihilate themselves in the Whole, the Eternal. They want their faith to spring forth spontaneously and continuously, like water rushing from a fountain. They yearn to realize in a personal way that God is as near as your jugular vein. How can this yearning be fulfilled? God is the Sublime Being; humans are gross in comparison. Their senses can hear, touch, see, taste, and smell material things, but the Supreme Being eludes detection by these means. How can a particle contact the sun? How can a part become the whole? Human beings from the beginning of time have tried to resolve this dilemma.

According to Sufi teachings, the path to experiencing the Divine Presence starts within. It is said that one who realizes oneself realizes the Lord. God is present, but individuals cannot see the Almighty because curtains of ignorance veil their eyes and rust encases their hearts. The average person is ego-centered. Only after he or she has polished the heart and purified the self will the curtains lift, the rust fall away, and the eyes become able to see God.

Through years of effort, Sufi masters developed a scientific approach to achieving such refinement. They discovered that in addition to the mind, human beings have other centers of consciousness that serve as inner faculties for attaining knowledge. Foremost among these centers is the heart. With diligent practice, teachers of Sufism perfected techniques that activate the heart, cultivating profound intuition and realization.

The polished heart becomes a mirror that catches the light of truth and reflects it in one’s consciousness. With this light dawns the understanding that beyond material phenomena, there exists a Being of which everything in the universe is a reflection. One’s own being itself reflects the higher Being.

Discovering and fulfilling the Divine potential ultimately results in unflinching faith and certainty of truth. One then submits completely to the Almighty, as a drop of rain submits to the ocean. One wills only in accordance with the will of God; all acts are performed for God’s sake alone.

Through selfless obedience, the seeker comes to recognize the Presence of the Divine in each event and circumstance. Consciousness of God pervades his or her every moment. He or she becomes a sincere servant of the Almighty. In fact, Sufism is nothing but inward and outward sincerity.

Sufism does not focus only on the purification of the individual. While striving for selflessness, the salik (spiritual traveler) also devotes his or her insights to improving the social and cultural condition of the community, the nation, and humanity as a whole. This commitment to service makes Sufism a dynamic, transformative force on all levels, from personal to global.

Historically, people steeped in the rational intellectual tradition have dismissed Sufism as a speculative pursuit, fueled more by its practitioners’ imaginations than by real knowledge. Today, researchers in the fields of human consciousness, quantum physics, biology, chemistry, and psychology are drawing conclusions that parallel premises of Sufism. For example, many scientists now take into account the fundamental interrelatedness of all phenomena. Whether or not they speak in terms of God, their insights echo the mystics’ age-old awareness of Divine Unity. Building from points of common understanding, teachers and students of Sufism are engaging scientists in dialogue, working to bridge the gaps between them and thereby help more individuals recognize the benefits of a spiritual view of life.

Like many other disciplines, Sufism has come under the influence of people who lack proper training. Deteriorated forms have emerged. Explaining what Sufism is therefore requires attention to what it is not. Sufism is not primarily concerned with power or intellectuality. It does not rely on a mixture of cultural techniques and preoccupation with the ego, translated into a quest for greater personal effectiveness, healing abilities, psychic powers, and the like. It is not designed to provide a good living for teachers or heads of organizations, nor does it deliberately keep students in a state of mystification. Westerners – always eager to synthesize themselves – may embrace Sufism as a teaching designed to unite all religions and creeds. This, too, misrepresents its focus. Certainly the development of human beings’ spiritual potential can diminish intolerance, fanaticism, prejudice, and conflict. But these are the secondary results of the Sufi path, not goals.

While diluted derivatives abound, by the grace of the Almighty the essence of Sufism endures. It also remains relevant, offering principles that we can use as bases for our intentions and actions even in the post-modern age. The Sufi path promotes balance between outer life and inner practices – a balance that is becoming all the more important as the pace of life increases.

Other forms of education focus on the mind or the body, on developing skills, professional qualifications, or character. Sufism educates the heart. By developing the heart’s infinite capacity to plumb the universe of consciousness, aspirants gain insights that guide their lives and serve as vehicles for understanding self and God. Only the awakened heart can attain God-consciousness; the mind cannot. Those who pursue the Sufi path discover the secrets of awakening the heart. They realize and live the knowledge revealed to the Prophet Muhammad (PBUH) by who said, “The vessels of your Lord are the hearts of His righteous slaves, and the most beloved to Him are the softest and most tender ones.” (al-Tabarani) 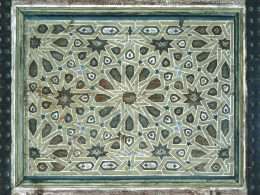 According to the Sufis, the mind is not the only centre of consciousness in the human being because there are other subtle centres of which the heart is the most important. The heart is the locus of illuminations and can… 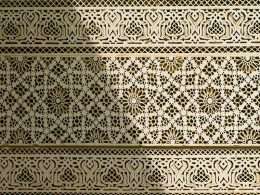 Experience over the centuries has shown that muraqabah leads to all stages of perfection. For this reason, although shaykhs of our order also perform dhikr (recitations evoking remembrance of God), durud (supplications for blessings upon the Prophet SAW), and recitations,… 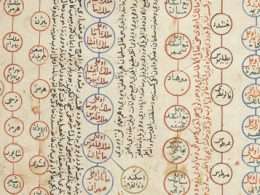 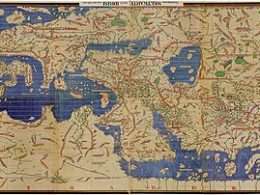 If you are interested in knowing more about the School of Sufi Teaching in Australia, or would like to attend our meditation sessions, please contact us by email or phone. AUSTRALIA +61439570137 australia@sufischool.org https://sufischool.org/au/ Melbourne Sufi Meditation Meetup Group Sydney…