My first contact with meditation was through a close friend at University who was practising a form of yogic meditation. I found that meditation benefited my temperament and had a calming effect on me, and I enjoyed doing those practises mostly in secret. However, I could not come to terms with the principle of paying fees for spiritual teaching, or with inducting myself officially into a western organisation that was marketing meditation as a scientifically proven stress-relief technique. Nevertheless, I had been encouraged by certain psychic experiences of that mantric meditation to search for a more suitable path linked with Sufism (Tassawuf) – a path I had heard about from my Muslim background.

I knew I was not alone in holding the view that, while eastern religions were being diluted to suit western needs, someone somewhere was getting fabulously rich. In my heart, I concluded that as meditation was a sacred practice it had to emanate from the highest essence, God. I had already made up my mind that my path to salvation lay in orthodox Islam – in the principles of submission, trust in God and silence, and that as these were within the ambits of a religion that described itself as being “neither of the East nor of the West”, I did not have to worry about whether it was a western or an eastern teaching. I found it harder to continue doing the meditations by myself, and I began to recall a saying I had read in a book many years ago.

“He who did not know how to use the sword, would injure himself”.

I therefore made the intention of finding a teacher, ever hopeful in the words of Rumi that my search would not be in vain.

“Oh thirsty one, keep searching, do not give up, for thou wilst one day reach the spring”.

I had been brought up in the West and, like many of my generation, had been taught to believe that truth lay in the rational mind and in reasoning. If you could not understand or see something, it had to be a false or non-existent. But my search for the truth had already started to lead me away from this egocentric way of thinking, and therefore towards “eastern” philosophy

At first it was very difficult to see the wood for the trees. There were so many people and groups claiming to know the truth. I knew what they had to offer was in essence derived from the worlds great religions, which were like rays from the same lamp, all paths ultimately leading to God. Yet at the same time I knew I had to be cautious in my search, I had to be responsible and accountable for my actions, I had to be careful that I did not get brainwashed or coerced by some spiritual man into undertaking activities which I might regret later. I had seen many people in other groups advancing upto a point, and then suddenly finding themselves at a cross-roads again, confused and with no real guidance. In other words most groups were lacking true guides, those guides who I knew existed somewhere – like jewels amongst us – if only they could be found. The Prophet (saws) had forewarned that many false teachers and confused sects would appear after his time, and this made me all the more wary. I did not want to be categorised as part of a “sect” or to subtly fall into some manipulative trap. I would either find a true guide who could help on a simple path to God, or not at all.

A western perspective often leads people to formulate opinions based on physical appearances, and this fact often determines how people judge the status and abilities of people. Regrettably, society often does judge a book by its cover. I nearly fell into this trap myself.

I came across a leaflet from the School of Sufi Teaching. God bless the person who put it in my hands. I followed the leads mentioned on the leaflet and was later introduced to the practices of the Naqshbandiya-Mujaddidiya Order by the group managers, whom I found to be caring and attentive at all times, always willing to help.

I had been moved by my experiences with the students of Hazrat who came from all walks of life and corners of the earth, especially by the kindness to others, love and harmony amongst each other, dedication to their practices, humbleness and happiness. All this inspired a yearning inside me to meet their teacher, who by all accounts was a truly remarkable being, though I had not yet met him in person. For me he was responsible for planting the seeds of love in the hearts of these students, and he seemed to have created a wonderful garden here. How did he do it? I had already made up my mind that, with the blessings of God, I was going to meet this teacher to find out.

I learnt through the group managers in London, that the Shaykh would be visiting England shortly and in my eagerness to meet him I began to wonder what he would look like. I had already painted a picture of this man in my mind, I expected him to be a grand and tall man, who spent most of his time in a finely decorated khanaqah [Sufi centre] amidst lush gardens, a silent figure yet displaying the awe of a mighty man, with radiant skin, and beautiful hair, I expected him to transport me towards God simply by being in his presence. I thought God had to be very generous to this man in fulfilling all his wishes. Yes, in short I had conjured up a very romantic image.

As you may have guessed (though I remember being quite surprised at the time), my first thoughts upon seeing the Shaykh were not in accordance with this picture I had painted. The reality was different.

I had caught a glimpse of the Shaykh as he was leading a prayer. He was a small man wearing plain Indian dress and a skullcap covering his head. He had a grey beard and was a silent figure.

Yet during this time I noticed that the hearts of all the students were filled with love and inclined towards their Shaykh. This was an awe inspiring moment. I wanted to have the opportunity of meeting this interesting man.

My first meeting with Hazrat was very interesting. It was simple! We talked as if we knew each other, yet I felt respect for him as though he was my father. His warm smile spoke louder than wise words. Happiness and peace was written all over his persona. He talked as if we were good friends, I felt that I could be in the company of this man for ever.

Yet at the same time I felt that the Hazrat was very aware, ever appreciative of the moment. I did not feel the need to ask questions on meditation. I had thought of questions to demonstrate my interest and to create formality, but I felt so comfortable and at home in this mans presence, and the practices were so simple! I had found them to have an effect, much to my delight, within a short space of time.

I was impressed with Hazrat’s simplicity, and I was surprised that my romantic image of a Sufi Master “ had gone out of the window”. But I did not feel disappointed. Though I had heard the phrase “nothing is as it seems,” I began to sense the deep reality of these words. It is very easy to find falsehood in the world, but truth can only be found in the hearts of true people. As this became clearer to me, I felt it was as if I had begun to start seeing things anew. The eye of the beholder had changed forever.

My meeting with Hazrat inspired me to meditate more and to reassess my understanding of the teacher-student relationship.

During my second meeting with Hazrat, I received a transmission on the Heart latifa [centre of consciousness] and I have continued with the practices, ever since.

I have met Hazrat on several occasions, he is always a telephone call away and I have always found him to be attentive to the needs of his students. Hazrat has always encouraged the spirit of giving, he says “Everyone is trying to take something, why not be someone who can give”.

I have advanced further on my path of destiny, finding the practices to assist greatly in striking a balance with the world (Dunya) and spirituality, in particular with my professional place of work which can often be demanding coupled with the pressures of family life.

I do not wish to divulge further details, but my last words – if I may take this opportunity – would be not to judge anyone, lest you might be Judged. Beware what you wish for as nothing is as it seems. Is your will strong enough or will you fall into the path of your destiny?

May God protect my secret, may He bless you, may He bless my Shaykh with a happy and long life, I am out of words to describe how love lingers in this relationship.

Personal statement of a student from Belarus

Testimonial of a Muslim student in the UK

I am born a Muslim and come from a family with a religious background. Two years ago I joined the London group as a Sufi aspirant. On the Sufi path we are given practices that will help us to identify… 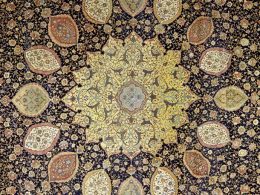 Personal statement of a student from Canada

I grew up in a non-practicing Muslim family, but I always had an inclination towards religion and spirituality. I started praying and fasting at the age of 9 or 10, and I’ve always enjoyed the company of religious people. I…

Personal statement of a student from Pakistan

A five year old, staring deep into the night sky, amazed by the heavenly lights, wondering about someone up there – a being full of love. This was me, and like every other child I too had an innocent heart,… 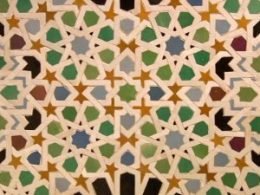 An English student describes his path to Sufism

Like many people who turn towards spirituality, I have been seeking something deeper in life since I was a teenager. Along the way there have been many wrong turns and dead ends. In my mid teens I was drawn to…
We use cookies on our website to give you the most relevant experience by remembering your preferences and repeat visits. By clicking “Accept”, you consent to the use of ALL the cookies.
Cookie settingsACCEPT
Manage consent

This website uses cookies to improve your experience while you navigate through the website. Out of these, the cookies that are categorized as necessary are stored on your browser as they are essential for the working of basic functionalities of the website. We also use third-party cookies that help us analyze and understand how you use this website. These cookies will be stored in your browser only with your consent. You also have the option to opt-out of these cookies. But opting out of some of these cookies may affect your browsing experience.
Others

Other uncategorized cookies are those that are being analyzed and have not been classified into a category as yet.

Analytical cookies are used to understand how visitors interact with the website. These cookies help provide information on metrics the number of visitors, bounce rate, traffic source, etc.

SAVE & ACCEPT
Powered by