Personal statement of a student from Ukraine

I grew up in a community where religion plays a minor role. In childhood I rarely went to the church, in most cases it was only during the big religious celebrations. Those rare visits to the church did not bring me any sense of peace. I did not understand the rules of the church and the preaching of the priests. I was blindly following the crowd imitating others during the rituals. When I was about twenty years old I understood that my way of following religion was lacking in essence, being limited to the outward experience of performing rituals. Therefore I decided to start my own search for the truth.

I understood that there is something more that the seen world and assumed that the “unseen” world might be the key to the path to the truth. I tried different spiritual practices, however none of them persuaded me to stop my seeking and I kept trying different meditation techniques. I travelled to India several times searching for a teacher who could help me to find the path. I lived in the wild, hoping to get rid of the prejudices connected with the urban life. Though I put quite a lot of effort in my spiritual search, I still frequently experienced deep pain inside and faced much trouble in accepting the world.

At the moment when the pain was too bad and I saw no more sense in my life, I watched a movie about Sufis. Thanks to that movie I learned about Sufism and was inspired to search for a Sufi Shaykh. I found the School of Sufi Teaching on the Internet in the fall of 2011. I was informed that the Shaykh was going to visit London. By a lucky accident I had some money saved and could afford to travel to see him. In London I knew that I would be visiting a Muslim community as Sufi practices are related to Islam. Luckily, I had no fear of Islam (which is common in Ukraine because of the wrong interpretation of the Islamic religion in the media).

From the very first moment of meeting with the Shaykh I felt very good about being a student of his. Although I trusted the Shaykh and was motivated to do the practices, it took me a long time to adjust my life to a new regime of daily practices. I started to sit in meditation daily only several months after I was given the instructions. Importantly I received a lot of support from the Shaykh during this period, helping me to adjust my life to the Sufi path. After half a year of daily practices I started to see positive changes in my life and in myself. I also developed more trust in the Shaykh who became a special person in my life, as he was always ready to give advice on spiritual and worldly matters. I found that developing a student-teacher relationship with the Shaykh is an essential part of the path, as it leads to unconditional love in the heart of the student. I learned that the more I opened my heart to the Shaykh, the more he was able to help me on the spiritual path. Such a relationship between a student and the Shaykh is very unique and precious.

From my experiences I learned that Sufi practices are very deep and profound. They bring the seeker far beyond the seen world. These practices are very different from all other types of meditative and religious practices that I have tried before. Although I know the value of the mindfulness meditation that is so popular nowadays, Sufi meditation (muraqabah) is incomparable to it. Muraqabah brings seekers to unique mystical experiences and brings changes to the core of the personality. Unlike other practices that I tried, which were limited to stress relief and changing the state of the mind; Sufi practices go beyond and brings fundamental change to the personality of the seeker.

One of the key aspects of the Sufi practices for me was the work on the ego (nafs). According to Sufis an individual’s behaviour is commonly determined by ones ego [or lower self]. The hold of the ego over ones personality typically leads one to behave in a selfish ego centric manner – without one ever being aware of this. By bringing divine blessings into ones heart, Sufi practices help an individual become more God conscious and therefore less selfish. One starts to become a better human being.

Sufi practices brought a lot of good to my personal and professional life. I started to feel much less anger. By the grace of God, I greatly improved my relationships with my parents. I now have no conflicts at work and actually work has become joyful and lacking in stress for me. Sufi practices are helping to develop a complex vision of the processes that are happening in the world. This helps to see the sense in my action both in personal and professional life. Also, meeting other students of the School is always a pleasant experience that has made my life more colourful.
A lot can be written about the Sufi path. However, the Sufi path is the path of practice and it cannot be properly described with words. Every student of the Sufi School has his or her own unique Sufi experience, which is much more inner than outer.

Personal statement of a student from Pakistan, living in London

Personal testimonial of a student from England 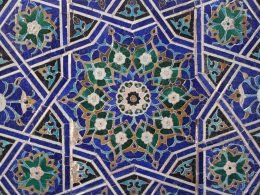 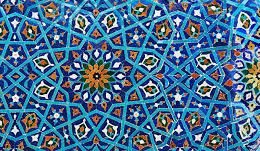