The silsilah of the School of Sufi Teaching connects the current Shaykh of the Order, Hazrat Shaykh Hamid Hasan, to the Prophet Muhammad (PBUH) through the five main Sufi Orders, Naqshbandi, Mujaddidi, Chishti, Shadhili and Qadiri. Each of these is named after the name of a prominent Shaykh of the order.

The Naqsbandi-Mujaddidi silsila is a special branch of the Naqshbandi silsila, which gets its name from Shaykh Ahmed Faruqi Sirhindi (1564-1624). He was known as Mujaddid Alf Thani – The Renewer of the Millenium – because he was said to have renewed Islam and Sufism for the next thousand years.

Note:
Uways al-Qarani was a contemporary of the Prophet Muhammad. Although the two never physically met, Uways received teachings and transmissions from the Prophet, and there are various sayings of the Prophet that attest to this. (eg., Sahih Muslim, c.55). In Sufism, the term Uwaysi is used to describe a spiritual connection through which a student receives instructions from a deceased Shaykh (or, in some cases, the Prophet Muhammad).

Personal statement of a student from Eastern Europe

Hazrat Hafiz Hamid Hasan (r.a.) was born in 1871-72 in Azamgarh. His father was Mian Karim Bakhsh (r.a.), a disciple of the Chishti Shaykh Mawlana Nijabet Ali Shah (r.a). His mother too was spiritually inclined and a murida of the… 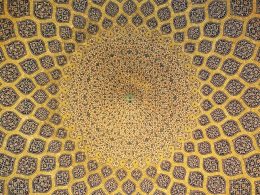 The Shadhili order takes its name from Shaykh Abu’l-Hassan ash-Shadhili (1196/1197 – 1258 CE). He was born in Ghumara, near Cueta in northern Morocco into a family of peasant labourers. He studied the principles of Islamic Law (fiqh) at the…